FREE Shipping on Orders of $100 or More

My family has a tradition. On the first day of a new month we say ‘rabbit rabbit rabbit’ for good luck. This month, for the first time in thirteen years, I did not owe a landlord a rent check. That feels pretty lucky already.

For awhile now, my cute husband has had an idea about building a studio in our yard. So in January the idea turned into a plan, construction started and by early spring we had a finished ‘New World Headquarters’ for Visual Treats. I think the port-o-potty in the front yard was my favorite part. I can’t officially say I work from home but my commute of a few short steps makes it pretty close.

Work began the instant the door opened and we hit the ground running on card orders and planning for upcoming shows. It’s still a heap of unpacked boxes but I promise to share some photos as soon as we put Humpty Dumpty back together again. Rabbits or not, I’m thinking thirteen is a lucky number and unpacking? That’s a luxury problem.

Your Tax Dollars at Work 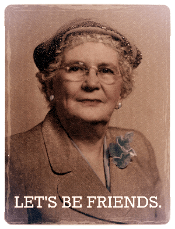 Love them! Drop us a line with your great ideas. 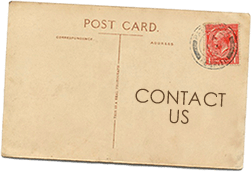